All information about the Pro Qualification can be found here.


Special thanks to Harry van der Krogt for the majority of the photographs, more can be found here.


16 Players started in the first round playing a Best of Three match to qualify for the quarter-finals.
The pairing was decided according to the rating of the players.


Stanislaw Frejlak 7d from Poland was paired against Alexandr Muromtsev 5d from Russia.
Stanislaw was able to beat the European Under 16 Champion two games to nil, and so managed to qualify for the next round.

Oscar Vázquez 6d played against Viacheslav Kaymin 6d in the first round.
Oscar, who is the European Under-20 champion, needed 3 games to beat Viacheslav 2-1 and so enter the quarter-finals.


Anton Chernykh 5d from Russia faced Benjamin Teuber 6d from Germany in the first round.
Anton only needed 2 games for a place in the quarter-finals.


Benjamin Drean-Guenaizia 6d from France got to play Lucas Neirynck 6d from Belgium.
Benjamin also needed to play just 2 games to win his match against Lucas.


Dominik Boviz 6d from Hungary was paired with Remi Campagnie 6d from France.

The games from the first round were broadcast on KGS and commented on Twitch.

6 matches ended in 2-0, resulting in 2 games being played the next morning to decide who would complete the top 8 players.

Results and games can be found here.


The location was in my opinion perfect. Close to a lake, with te opportunity to enjoy a lovely walk in nature, or to visit Leksand, was a really good place for this tournament.

The whole week was a mixture of tense challenges on all boards.
I saw some very good games with all players on an extreme high level of stress and and concentration.
Even though not all games were played on the same high level, the fighting spirit was huge in all, resulting in many close games.

I was lucky and able to be scribe in some exiting games and specially the final between Lukáš and Stanislaw was a real challenge and energy destroyer.

On the first day 2 games were played resulting in a nine hour fight over 2 game with just a break of  little over one hour.

The first game saw a match of five hours, many kos being played. resulting in several exchanges and 397 moves being played.
The second game took a little over 4 hours and a lot of fighting resulting in a 0.5 point result.
After the smoke had cleared, and the match score now being 1-1 the scene was set for a decisive third game.

The final game played saw some fighting and Lukáš being forced into a game position he does not like so much, and slowly Stanislaw was able to improve his position move by move and Lukáš had to resign after a big fight for liberties.

And so our new Pro is Stanislaw Frejlak.

After the Match I was able to have a small interview resulting in following ask and answer game:

How relieved were you winning the game best of 3 final and become a pro?

For me the crucial moment of the tournament was after losing the first game in the final and playing the second one knowing that if I lose, all is finished.

At that point of the tournament I already had an experience of losing the first game to Oscar in the quarterfinal. I was very disappointed and sad after it. However, I took the whole evening to come to peace with my emotions. When I laid down in bed, I already felt a will to counter-attack Oscar on the next day.

After losing the first game to Lukas I had just one and a half hours before the next round. I had lunch and took my time to walk slowly at the lake shore. When playing the second game I was full of tension but managed to not think about anything else than a position on the board. In the endgame I knew I was behind so I tried to complicate the position a little bit. Lukas didn't manage to stay concentrated and answered a bit inaccurately. This way I got a half point lead. After the game I was exhausted, happy and relieved that I stayed in the final. Whoever wins, the result will be 2:1 which means that it was not a one-sided match.

On the last day I felt much lighter. Also, the game just went pretty well for me from the beginning. I didn't really expect it. When Lukas's position was becoming gradually harder and harder, I just felt unusual. It was difficult for me to internalize the thought that I will become a professional. And also, that Lukas will not make it this year.

How many hours a day do you study Go?

This autumn I am taking part in the online CEGO program and also in an online training with Blackie where I was invited by Benjamin. This gives me around six hours of lessons with professional teachers each week. Except for that I don't have any fixed training schedule. I am trying to take part in online tournaments, like Corona Cup, EGF Academy, Huaxia Cup. Outside of such tournaments I don't really play online. Besides studying myself I am also teaching go and this requires me to study a little bit. For example, I am picking tsumego for many students and because of that I need to solve tsumego myself. I also hold a JIGS tv news on Twitch and for that program I watch top professional games each week.

Do you study a lot with Leela or similar not?

When I studied in the Ge Yuhong Go Academy in 2018 I checked all my games with Leela Zero. This gave me a huge insight in how bots look at positions in Go. Recently I am still trying to check all my serious games with KataGo but sometimes I don't find time for it. Anyway, I think that playing (and being focused) is a bit more important than studying with bots. It's too easy to not stay focused when looking at colorful blinking circles in Lizzie/KaTrain.

Will the amount of hours you study change, now that you are a pro?

For sure it will. Now I feel responsible to play strong. I think the thing which I lack the most is playing practice games online. My first goal is to reach 9 dan on Fox.

What (old) go master) is your favourite player?

When I watch pro games I am not really emotional about the players' styles. However, I like when a player is trying to deviate from most standard variations. I think that Xu Haohong is a creative and solid player.

With which (old) master would you like to play a castle game?

I am afraid I would just lose too easily when paying against a great master. If playing a castle game (with very long time settings) I would like to play with someone I know and who is a bit stronger than me, preferably, against one of European professionals, Ilya Shikshin, let's say.

If you could ask an (old) master one question whom would you like to ask a question and what would the question be?

I would like to ask Go Seigen what he thinks about an early san-san invasion. I believe he was such a great and open-minded player that he could come to interesting conclusions.

What goals do you have as go player?

One goal: Beat a top professional in a world class tournament. Another goal: stay a top European player for a few decades. Not sure which one will be harder :)


In one word what does go mean to you? 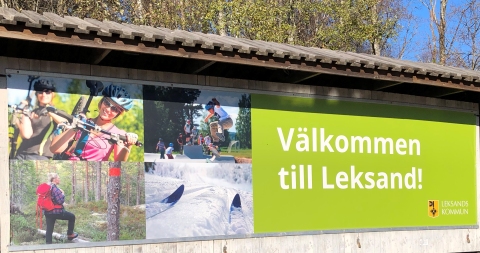