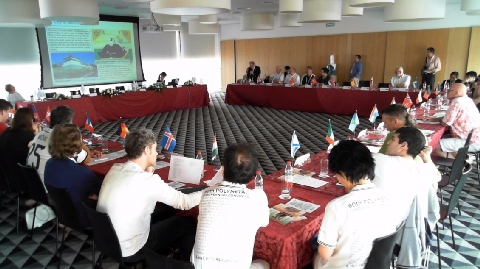 Like last year 22 countries sent a representative to the assembly. With different numbers of votes for each country, the majority was reached at 26 votes. Some countries have only 1 vote because of a reduced membership fee, most countries have 2 votes and the bigger countries like Russia, Germany, France and Holland have 4.

Georgia got elected as 38th member, but actually just for a few minutes as Azerbaijan got excluded, so it's still 37 countries. There was no need to re-elect the board because a new system from the constitution got adopted which will make the full board get re-elected only every 3 years; next time will be in 2018.

Let me list some of the important decisions and presentations of the meeting:
All the details can be found in the minutes.
No comments posted...