For the results look here.

This morning, because of the weekend tournament, play in the Pro Qualification has been moved to another room.
Even after some challenges with the internet, we still managed to start without any delay.


Yawning players looking for more fresh air and even muscle contractions are seen.
Jackets on and than off again as the games progress, nervously walking around looking at the other boards.


Faces being rubbed by hands, moaning, sniffing and rubbing or slapping the arms or legs...
Hands in bowls playing with stones, stones taken out trown on the table.
One can feel the importance and gravity of the games being played here now.

In the game I was the scribe, Cornel gradually gave away the game against Dominik who played a slow and steady game. Cornel made a short comeback after playing some strong moves. Dominik although looking a bit nervous in my opinion kept on playing his steady moves and the 10 points difference in his advantage never really looked to be danger.

In the other games no big upsets were seen, so we come to the following semifinals:

And with this 3 of my 4 predicted players entered the semifinals.

The Final will be played between: 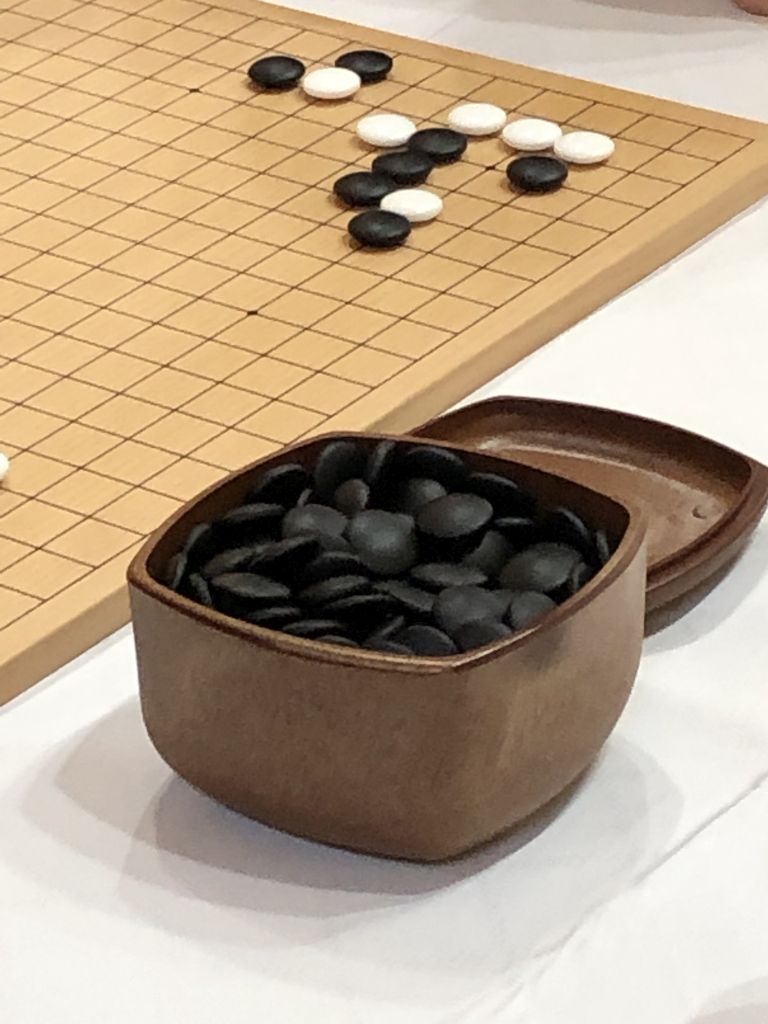