Today, because of the double elimination system, only four games are being played in the European Championship:

The losers in those games will drop out of the championship.
With only 8 players in the room a tense silence has descended again. Every single cough, movement or stone being played (no matter if it is played softly or loud) is audible.
Even a visitor coming in to the room to watch makes more noise than the 8 players.

Board 1 gave is a hard fight between the youngster Oscar Vasquez and Artem Kachanovskyi.
In the end Oscar had to resign after Artem managed to create a seki inside his territory.

EC2019-r4-b1-2019-07-24.sgf
Download Sgf-File
On board two after a peaceful start Viktor left a group unattended while going for territory. Suddenly a big life and death problem appeared on the board. Making this group alive will decide the game, after some exchanges Cornel leaves the fight for what it is and decides to make some profit first while destroying a big territory of Viktor. And than he comes back with a killing move or not...In the end Viktor manages to live, losing a lot of territory in the process. The match slowly enters the endgame now.

EC2019-r4-b2-2019-07-24.sgf
Download Sgf-File
Board 3 gave us an exiciting game with fights and territorial clashes. When they were all over,  Stanislaw had held on to beat Remi by 3,5 points

Here you can find all the results for the European Championship. 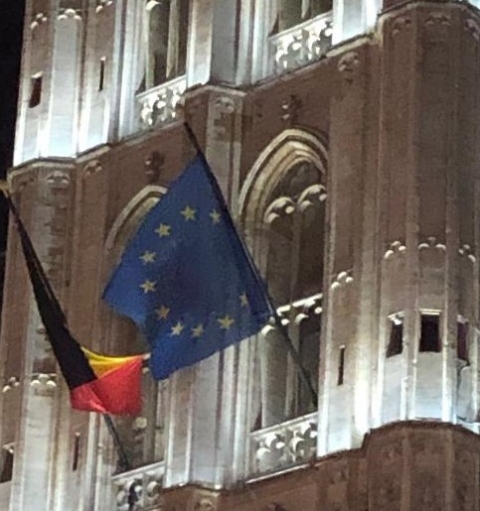