Back
The 30th International Amateur Pair Go Championship
By Laura Avram | International | 21.12.2019 19:19 | Views: 3805
Even though almost 2 weeks have passed since our trip to Tokyo where we enjoyed playing Pairgo, we thought it would be a good idea to share with you some information about the tournaments and about Pairgo.

A brief description of the tournaments:
On the 7th and 8th of December, four Pair Go competitions were organised in Tokyo by the Japan Pair Go Association, thus celebrating the first 30 years of Pair Go at international level. Several European pairs were invited to participate in these amateur tournaments:


Ms. and Mr. Taki invented Pairgo and started to popularize it 30 years ago hoping this way to stop the decline of Go in Japan. The tournament became an attraction in Japan thanks to, among others: the equal number of female and male participants, the importance of the dress code during the competition, the prize for best dressed pairs.


Not only is Pairgo very popular nowadays, it started to be more than just a fun tournament for amateurs: it’s played competitively by both amateurs and professionals. Additionally, a Pairgo point system has been developed by Pandanet in order to make this variation of the game more enjoyable for players of all ranks. The Handicap Pairgo tournament took place using this system.

Pairgo has helped to popularize and promote Go all over the world.

2020 - the year in which the Summer Olympics and the Paralympics are taking place in Japan - will be an important year for Pairgo for players and fans worldwide: the Pair Go World Cup 2020 Japan will bring together in Shibuya strong professionals and amateurs from all over the world. Additionally, in Atami City a Pair Go Official Handicap Tournament will take place.

Hope to see as many of you at the European Pairgo Championship 2020 in April in Nis :-). 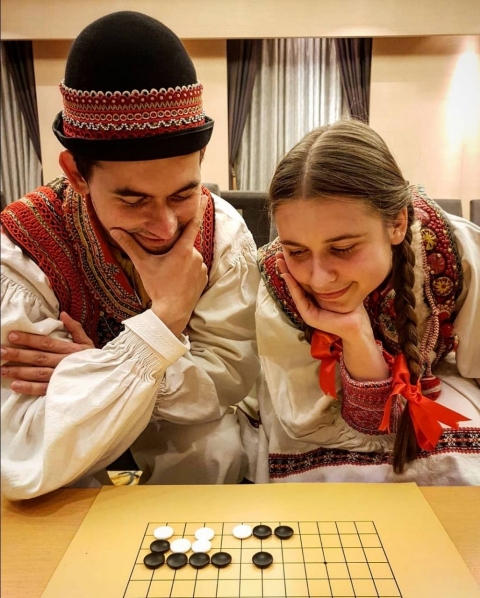