The competition was very tight this year: the German players managed to win all their four games by the closest possible margin (3-2) against France, Russia A, Russia B and Ukraine. – If they were not the best team, they were definitely the luckiest one! The best performance in the German team was by Qixuan Wei (1d, U12) with 3-0 and Arved Pittner (5d, U16) with 3-1. On the U20 board, Vjacheslav Kajmin (6d, Russia) played very strongly, making 4-0. Behind Germany, the Russian teams came second and Czechia third. In the fourth place were France and Ukraine tied.

The sixth edition of the championship brought a record participation of 16 teams, where each team can consist of between 6 and15 players. This year a total of 167 kids participated in th competition. We were particularly happy that the Netherlands and Turkey joined the competition for the first time with their youth teams. The next tournament will start in November 2020. 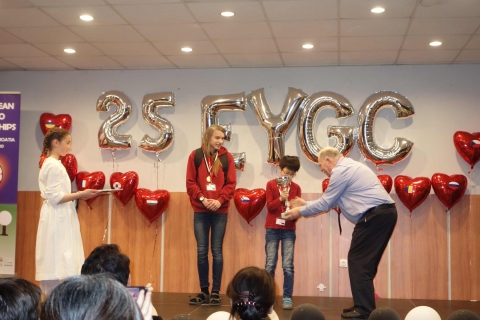