Back
SEYGO Tour 2023 - Season Five
By Damir Medak | Tournament | 18.12.2022 8:25| Views: 478
The Season Four (2022) of the SEYGO Tour has been a series of live and online events. We included EYGC in Prague and the event SEYGO_at_EGC has been very successful prelude to the 64th European Go Congress. Online events have been held on the Online Go Server and the OGS group will remain the source of information about SEYGO project.

In 2023, we want to organize "live" events only. Since we want to announce the events starting soon as early as possible, we welcome all organizers who want to held a SEYGO events in 2023, especially in autumn 2023.

Therefore we announce four SEYGO events with venues and dates (more info to come):
The conditions of a SEYGO tournament are well-defined:

The following map shows the venues of SEYGO Tour events in 2022. The journey shall start in Vienna as a live tournament the go-club Go7 on January 2-3, 2023, continue in Vatra Dornei Winter Go Festival between February 20-24, 2023. The next venue is Markkleeberg, Leipzig in Germany, connected with 65th European Go Congress, July 20-21, 2023.  Finally, we know that the Summer SEYGO tournament in Zaostrog, Croatia will be held August 19-26, 2023. For the event(s) in the autumn 2023 we are waiting for the organizers. 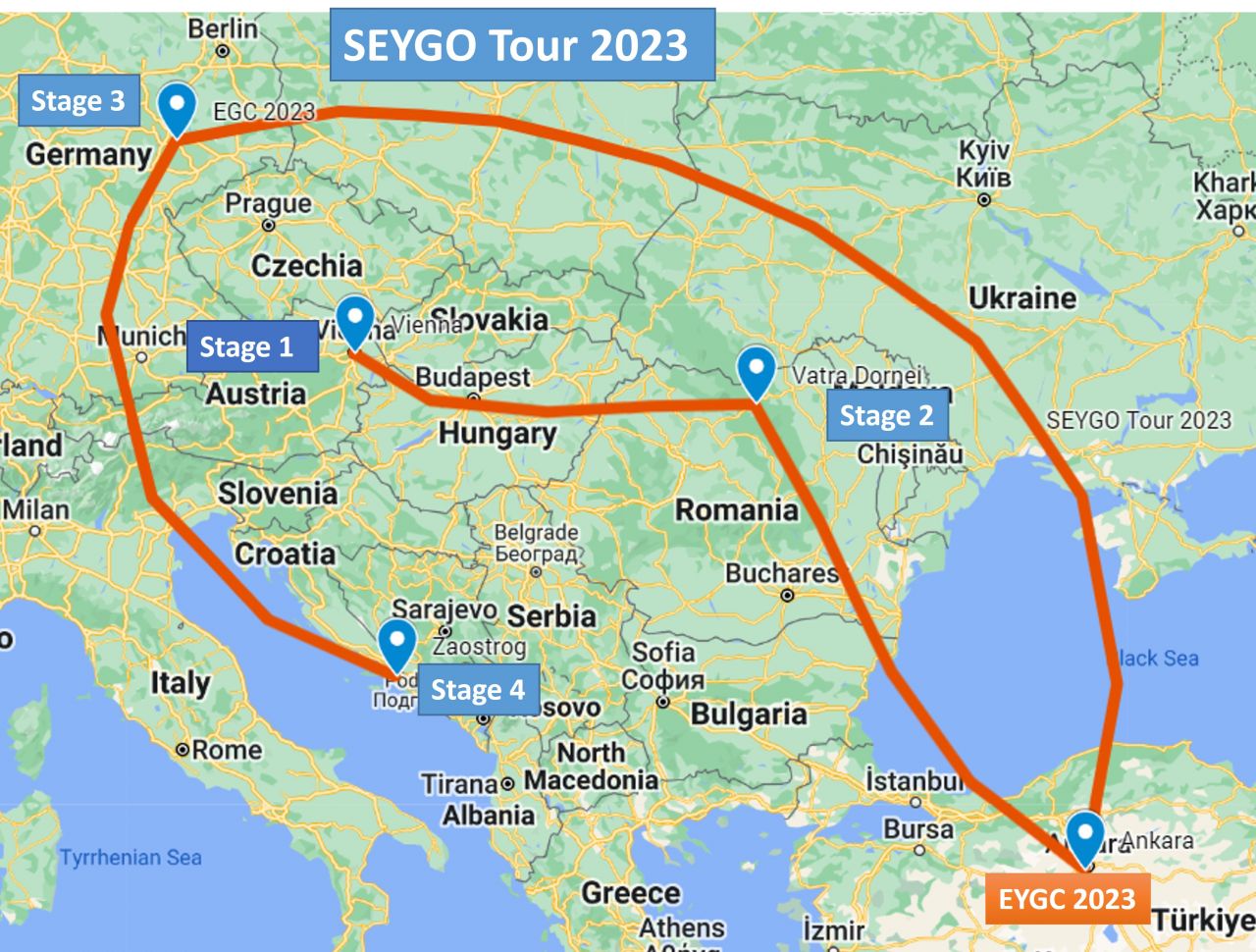 The SEYGO Tour in 2023 will consist of live tournaments only.
28th European Youth go championships, which will be played live in March 2023, will be counted toward SEYGO Tour 2023 Grand Prix.
The following table shows known dates and places for live SEYGO Tour events in 2023, with links to event organizers: