Back
The multilingual Go book's journey has begun
By H. Kapolos | News | 26.12.2018 14:11 | Views: 2369
At the beginning of December, the multilingual Go book project was launched in the webpage https://www.gobook.eu
The goal of the project is to create a Go book that will be translated to as many languages as possible, in order to provide an additional way to promote and spread Go in countries that do not have a Go tradition and whose native language is not English.

The first part of the project's goal has been achieved from its beginning, since the book is ready and it can be downloaded for free from the project's website in two languages, English and Greek. The contents of the book are quite sizable (192 pages) and the presented topics range from an introduction to the rules and shapes of the game, to more complex matters that aim to help the reader rise to the SDK ranks.
In order to help immerse the reader in the subject and make the explanations easier to understand, the book is typeset with a non-traditional format. The book's diagrams are accompanied by the corresponding text, instead of the traditional way where the diagrams are referenced in the main text. This implementation makes the book more beginner-friendly and speeds up the learning process. Now the second goal remains: The translation in to as many different languages as possible.
That part of the project is scheduled to begin in early January and there are already some volunteers that have come forth to help with the translation of the book in various languages. You can read the details of the project on its website and you can volunteer to help with its translation by using the contact form or sending a message to the author. 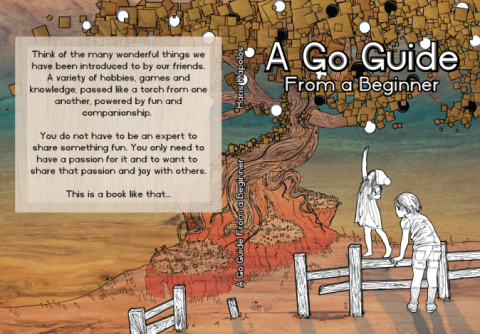