Back
6th Silk Road Tournament 2019 Vienna
By Tony Claasen | News | 06.11.2019 12:53 | Views: 3141
The 6th Silk Road International City Weiqi Tournament, for the first time held outside of China, took place in Gablitz bei Wien from 1 to 3 November. This Tournament is the first one to be organised both by EGF and the Chinese Weiqi Association, and will serve as an example for future co-operation.
This year, it was the tournament with the second greatest prize-fund in Europe.
The Silk Road Tournament is unofficially dubbed the EGF pros' favourite tournament. In past editions, European players began and upheld a tradition of taking several of the generously rewarded top places. Thus, this year's edition attracted most of Europe's top-rated players, as well as a few selected teams from China and other Asian countries. While Mr. Zhou Deming continued to sponsor the prize money, the EGF (with some help from the Austrian Go Federation) was entrusted with the local organisation and logistics.
With 60 players, 57 of them strong as 4d, and including 7 European professional players, this was one of the strongest tournaments in every played in Europe.

The next edition will be held again in China, Mr. Zhou Deming announced that the limit on participation of 30 players from Europe shall be lifted, and that he wishes to see more Europeans at next year's Silk Road Tournament.

That it was seen as an important event by the sponsor Mr. Zhou Deming and the Chinese Weiqi Association was clear to seem through the big delegation of over 40 people (30 players plus officials) including the former president of the Xi'an Weiqi Association, Mr Hua Yigang and that the chinese players had to play a qualification tournament to be able to play in Vienna.

Again we had a team of scribes available so that in every round two games could be broadcast on KGS and and two more were broadcast via Yike. Furthermore a Twitch team (Catalin Taranu 5p and Li Yue) was working daily to provide life broadcasting and reviewing of games being played. With several thousand viewers this is starting to be a very succesful activity from the EGF to spread the word of go. Yike had a board available that automaticly recorded the moves and transfered them to the Website of Yike where the games was were show in realtime.

Again the room was filled with a lot of tension, staring eyes and concentrated gazes - either on the board or around the room. Friendship was nowhere to be seen at the go boards, it was only over the lunch and dinner that pleasantries such as laughing and friendship came back into play.

It was not only the players, concentrated at the tables, who were feeling the tension. For the pairing also needed a lot of work. The importance of this tournament was clear to see as all players seemed to be fighting until the very end, and a lot of games ended with the smallest of margins possible.. 0,5 points.

On Sunday evening I had the chance to talk with the sponsor Mr. Zhou Deming from the Xian Go Association and to ask him several questions with the help of Li Ting who was so nice as to translate both the questions and answers.

For how long do you play go?

I started to play go around 1985-86, when Nie Weiping was the strongest player in China and the Match China vs. Japan was played.

What is your strength in go?

What are your plans for go in the future?

More sponsorship like now for the Silk Road tournament and National Team Tournament or to put it more broadly, to spread the game of go over the world and make more friends.

Which strong player from the past or present would you like to meet, talk and play with?

Wang Jixin, one of the top players from the Tang Dynasty, famous for the ten golden rules of go he formulated.

In one word, what did go give to you?

Weiqi brings Happiness. So in one word: Happiness.

After this short interview, Viktor Bogdanov and I were invited to drink with Mr. Zhou Deming and friends from China. Here we had a lot of fun, talking and drinking.

Here are The Ten Golden Rules of Go （围棋十决） as formulated by Wang Jixin:

Until round four all went more or less as expected, there were no real upsets in the results.
In round four the first big clashes were played. Artem lost against Ali and Mateusz had to bow for Jiaqi. In the next 3 rounds Jiaqi beat two european professianals and a pro. In the reverse order, Artem did exactly the same, though he was able to avoid a clash with Ilya. And so we arrived in the last round with Li Jiaqi had seven wins and Artem Kachanovskyi had 6 wins.
Lucky me was picked to be the scribe for this match between these both players.
An exiting game started with a lot of local fights going all over the board, at the start of the endgame Artem had a small lead which seemed to diminish with every exchange that happened.
In the end Artem won the clash by 0,5 points,and in doing so he also pocketed the tournament.

In the end 7 European players were placed in the Top 10 of this Tournament and the Chinese Team of Xian won the Team-Tournament.

And again a Tournament played with Fisher-Time showed us that eventhough the schedule was tied with set times for lunch and dinner all the rounds started as scheduled and the closing cermony could start as planned.

After the game finished, both player more or less kept their concentration and started to analyse the game.

And so the top 3 places in the tournament were divided up as follows:
1. Artem Kachanovskyi
2. Li Jiaqi
3. Ilya Shikshin

An interview with Artem Kachanovskyi, the winner of the 6th Silkroad Tournament played in Vienna:


How relieved were you winning the game against Li Jiaqi?

Of course, it felt great to win that game. I think I was ready for any result. I didn't expect too much from myself. At the same time I didn't let myself think that the chinese player is the favorite. To play a game as well as you can, you need to find this state of mind: not to expect too much, and not to think that you are going to loose. You need just to play, without letting your emotions to capture you. If you can, you should play for the beauty of the game. I think in that game I managed to be in a similar state of mind.

So I can't say that it was a super relief to win, or that if I would loose then I would have been very sad. One more thing that took off the pressure from me was that I knew that even if I lost, most probably I would still take 3rd or 4th place. That's good enough for me, the trip is compensated by the prize.

How many hours a day do you study Go?

I study, but not every day. Sometimes I am busy with the other things, or sometimes I let myself take a rest after the tournament. Usually I study couple of hours per day.

Do you study a lot with Leela or similar bot?

I study sometimes, but not excessively so. With Leela I like to review games that I played, including the online ones. Also sometimes I watch some pro games and, let's say, I feel that the situation turned good for one of the players. Then I can check it with Leela, to compare my estimation with the actual one.

Recently I feel that the thing that I need the most is practice. So I try to play online when I have the time.

Did the amount of study change after Polina was born?

I wouldn't say so. Actually before our daughter was born, my wife was pregnant for some period of time. And as she is foreigner in my country and also doesn't know the language, I had to take care of many things. So it's hard to tell if I had more free time before Polina was born, or now.

I am very lucky that my wife plays Go. She supports me very much. She understands when I need to spend more time for Go, especially before the tournament. But at the same time, she is very lucky with me! I try to help with the child and the house as much as I can. You can imagine: I don't have a regular job. My job is mostly going to tournaments once a month, and training local kids 2 times per week. This way of living gives me the opportunity to spend as much time as I need with my family, but also to pay attention to Go.

I don't know exactly if this a coincidence or not, but since my wife appeared in my life, my results in Go started to be better. Even if I have less time than before, the time that I find for Go I appreciate a lot.

What (old) go master is your favourite player?

I think the ones which I am most impressed by are Shusaku and Go Seigen.

If you could ask an (old) master one question whom would you like to ask a question and what would the question be?

Better just to play a game, no need for questions :) .

With which (old) master would you like to play castle game?

What goals do you have as go player?

I don't have any specific goals. I play this game because I enjoy it, and Go is my profession because it brings me money for a living.

In one word what does go mean to you?

Self-exploring (I hope we can count it as one word)

Martin Stiassny (President of the EGF) informed me that this is only possible when the EGF can find sponsors (Minimum € 12.000,-) for this event.


All results can be found here.


A small impression of the Silkroad tournament: 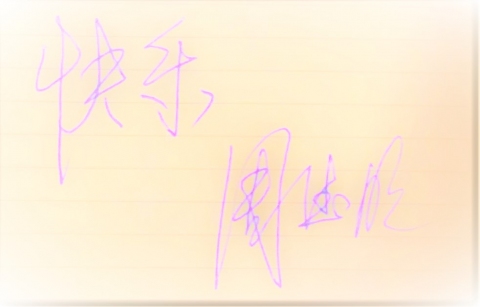