On December 8, the Nihon Ki-in announced the Finnish-born Antti Törmänen (26) as a professional go player. Antti will debut as a professional player on April 1, next year. We were very happy for him and asked him for more details about it. He was so kind to answer our questions, which you can read in the following interview.

European Go News (EGN): „Hi Antti, Congratulations for becoming a professional player at The Nihon Ki-in! We are very happy for you! Before asking you about the pro exam, could you introduce yourself shortly?“ 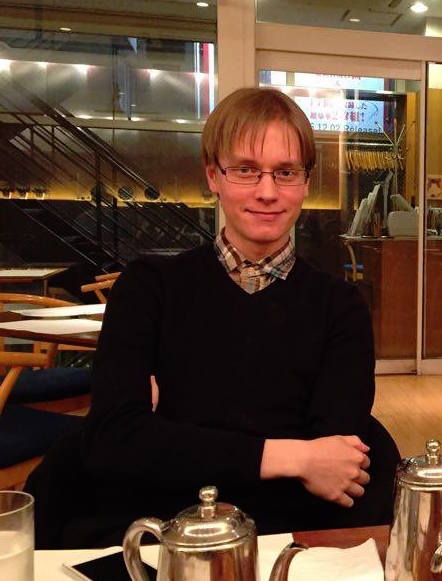 Antti: „Thank you! I am Antti Törmänen, a 26-year-old Bachelor of Science from Oulu, Finland. I started playing Go back in spring 2002, participated in over a hundred European amateur tournaments, and finally became insei at the Nihon Ki-in in fall 2011.“

EGN: „You have been staying in Japan, Tokyo recently. How long have you been living there?“

Antti: „I lived in Tokyo first for seven months in 2011-2012, after which I briefly returned to Finland. Since April 2014, I have been living here again, so altogether it comes to a bit over two years.“

EGN: „I heard, you were studying as an Insei in Tokyo, also with Nikola Mitic from Serbia. How was it to be an insei?“

Antti: „It’s difficult to give a brief answer. Even though the other insei are children, that fact is easily forgotten in the background, and the struggle to get upwards in the league rankings becomes the main focus. The games with insei and game reviews with professional teachers are by far the best learning experience I’ve had. On the other hand, if you get in a slump and start losing repeatedly, life could get very tough.“

EGN: „Can you explain the system of the professional exam at the Nihon Ki-in?“

Antti: „Normally, the Nihon Ki-in employs six professionals a year. One of these comes from the branch office in Ōsaka, chosen by an exam, and another one in a similar fashion from the branch in Nagoya. The Tokyo headquarters has three different exams. The female exam, held in January and February, decides one professional. The strongest insei by average ranking between April and June gets likewise employed—this is called the summer professional exam. Finally, the winter professional exam takes place in October and November, in which the top two players of 16 participants, both insei and outsiders, qualify for professional.Personally, I was made professional by special recommendation due to satisfactory results in both the insei league and the professional exam, similar to Hans Pietsch 18 years ago.“

EGN: „When did you get to know that you are going to participate in the pro exam? How did you feel about it? Did you expect it to become a professional?“

Antti: „The insei participants for the professional exam are decided by average ranking in the leagues in July and August; top 10 insei make it straight inside the main exam, and places 11-20 have to go through a preliminary with outsiders. I was playing in A class in July, and for the first time was able to remain there without dropping down, which secured my place in the exam. I imagined I would have gotten through the combined preliminary too, if necessary, but I did feel a sense of relief and could then concentrate fully on studying in August and September.

I didn’t make any assumptions about what kind of a score I would get in the exam, or if I could possibly make it or not. The top players of A class certainly felt stronger to me, but when we’re talking of a single game, anything can happen.“

Antti: „In addition to the 10 top players of July and August, six more players entered from the combined preliminary, held in September. B class insei and four outsiders fought for the six spots. Once the 16 players are decided, a two-month lasting round robin tournament is played on weekends, one game a day with thinking times similar to the European Go Congress.

The first game was on Saturday, October 3. My opponent was Ōomote Takuto, the Japanese amateur Meijin who also finally made it professional from the exam. I was somehow able to get in a good rhythm and keep the game close all the way until the end, and finally it turned out I won by half a point.“

EGN: „How did you feel before, during and after the decisive game?“

Antti: „There was no clean decisive game for me, since my becoming professional would depend on if the Nihon Ki-in personnel thought me worthy of recommendation or not. I did know that getting over a 50% winning ratio in the exam could make a big difference, however. After the final required win in the second-to-last game I did feel a little bewildered, wondering if “it" happened just then and there or not.“

EGN: „What is your plan now, after becoming a professional player?“

Antti: „I plan to remain in Tokyo and compete in professional tournaments indefinitely. Early on my salary will be fairly limited, so I imagine I will also be teaching go both online and offline, and possibly writing some Go literature in English.“

EGN: „Do you plan to come back to Europe in the future? Or do you plan to participate in a major European event, like EGC or Grand Slam?“

Antti: „I will at least pay a visit once in a while to keep up with my family and friends, but as of now I have no plans to play in European tournaments.“

EGN: „Thank you for your time! Europe is very happy for you!“

You can see results from qualification here (in Japanese). 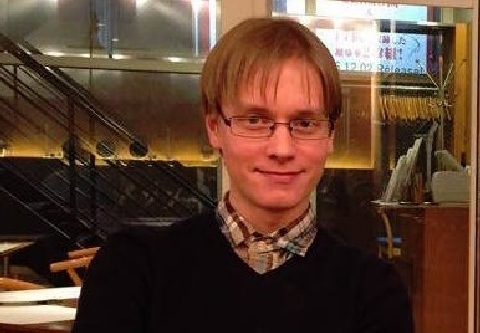