This year the European Women’s Go Championship (EWGC) took place online from the 4th – 5th September. As was also the case in 2020, the tournament could not be played in person due to COVID-19 restrictions.

OGS was again chosen as the server that would host the tournament. Similar to most other online competitions nowadays, anti-cheating measures were in place: all the participants were obliged to record themselves playing.

The EWGC was open to all European female go players and brought together 30 participants from eleven countries. This is comparable to the last in-person EWGC, which was held in Trier (Germany) in 2019: the number of participants was 36 and they represented the same number of countries.

After six rounds, two participants representing Russia were top of the tournament table: both Dina Burdakova 5d and Virzhinia Shalneva 3d had one defeat each. Dina lost in the last round to Milena Bocle 2d from France, while Virzhinia lost to Dina in the third round. The fate of the champion’s title was thus determined by the first tie-breaker statistic: the sum of opponents’ scores (SOS). By this measure, Dina Burdakova claimed the champion’s title, while Virzhinia Shalneva was the runner-up – a great result also.

Dina and Virzhinia were followed by the two other Russian players – Natalia Kovaleva 5d and Anastasiia Khlepetina 1d finished third and fourth, respectively. Natalia has in fact won the EWGC numerous times in the past, including last year’s edition. This time, however, she lost both to the winner and the runner-up. Fifth place went to Milena Bocle 2d from France.


I decided to ask this year’s champion, Dina Burdakova, a few questions about her experience of participating in the event:

Artem: Dina, congratulations on your victory! How did the tournament go?

Dina: Thank you very much, Artem! As for me, the tournament went smoothly, there were no problems or delays. The referees kept us participants well informed, and published the updated tournament leaderboard after each round. The participants, in turn, also were punctual.

For me personally this tournament was very exciting. I wanted to show a good result, so I tried hard in every game. I am happy with my victory, even though I didn’t expect it. After the tournament I analyzed my games, and I was really surprised that I managed to win. Seems like this year luck was on my side.

Artem: Did you prepare for this competition?

Dina: Yes, I played online on Fox Weiqi and OGS, reviewed my games with the AI “KataGo” and solved problems. I didn’t have much time for preparation, but I decided that it’s better to study little and often than not to study at all. It seems like this approach worked out.


Artem: Which of your games was the hardest one?

Dina: Probably the last one, with Milena. That was the last round and I felt like I already didn’t have the power to focus and concentrate. In some important moments of the game I hurried and after a few moves I regretted that, of course.

Artem: Did you like the format of online tournaments, or do you prefer to play in person?

Dina: I prefer to play in person. I like to travel, and I enjoy the tournament atmosphere and the emotions of the participants. However, an online tournament has its own benefits: at home you feel more comfortable and less nervous.

Artem: Thank you for your time, Dina, and good luck in future go competitions!

This sample article is taken from the September edition of the European Go Journal.

You’ll find plenty more articles like this one in each issue of the Journal. Subscribe on Patreon to receive the current and the future issues of the Journal automatically: https://www.patreon.com/europeangojournal.

If you would like to purchase any of the past editions, send a message to journal@eurogofed.org. 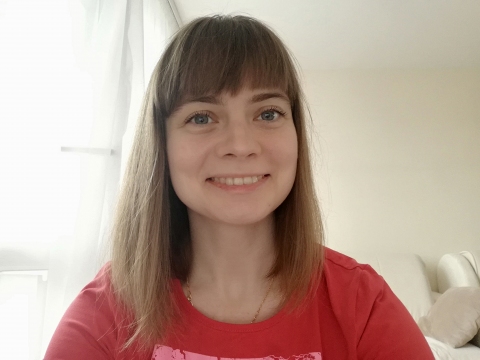 Comments:
London Go Centre
#1
19.09.2021 18:20
The article fails to mention that Diana Kőszegi gave a live review of her final game which you watch here