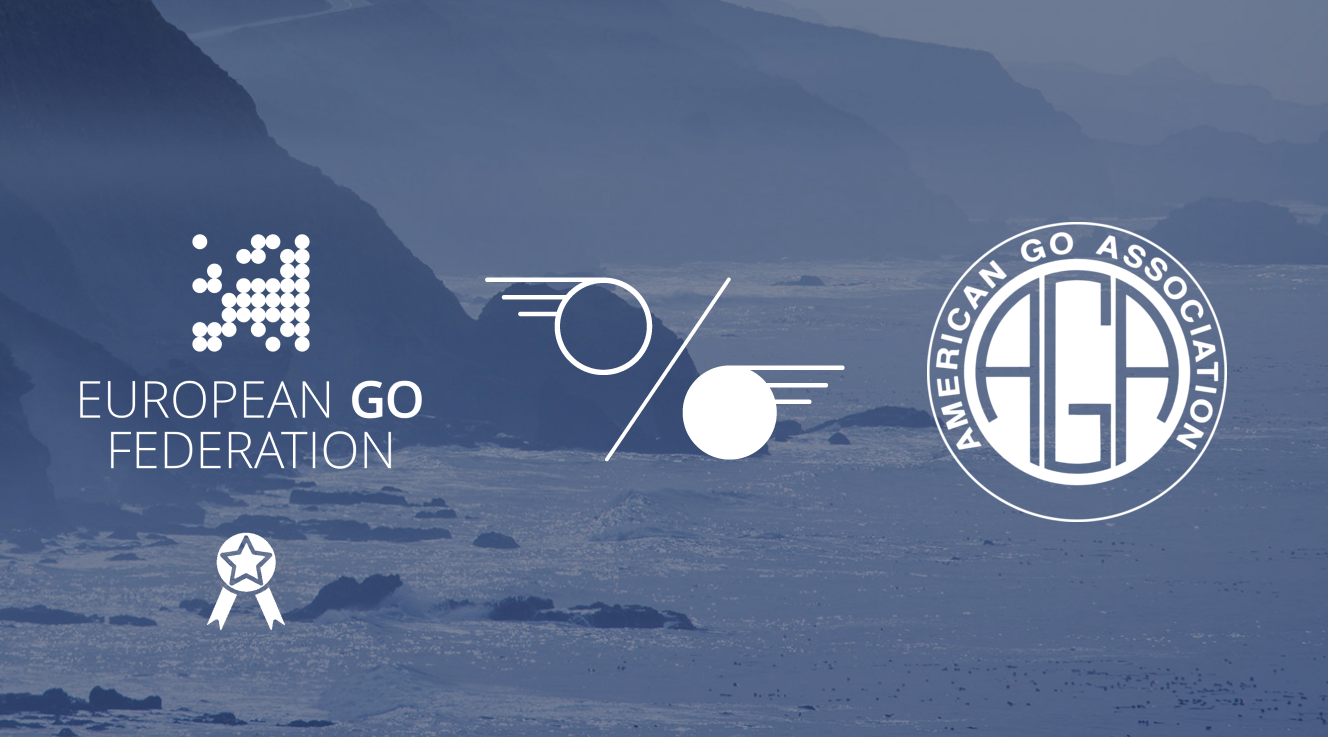 This year for the first time Europe and America had their first official professional match. The full name of the event was the Transatlantic Professional Go Team Championship, and you can find all the details on the official website. For more information, you can also read the announcement of the match, and the interview with the EGF team member Mateusz Surma after the first two rounds.

Both teams had five players each, and the tournament had a "win-and-continue" format. Please see the links given above for a more detailed explanation.

Here are the line-ups, with the final order of the players:

In the first three rounds Mateusz made us all belive that we would end with a 5-0 result for Europe. The first two game records you can find in his interview. He won his third game against Gansheng Shi 1p (Canada). There it seemed like for most of the game it was Mateusz in a good position :

Mateusz_vs_Gansheng.sgf
Download Sgf-File
After the first 3 rounds the match stood at 3-0 in Europe's favour. In the next game Mateusz played against Eric Lui 1p (USA). For most of the game, including the endgame, Mateusz was winning. In the end it was a clearly good situation for him, but then he suddenly lost by time. It was a really hard set of circumstances for the referee to make a decision on, because Mateusz seemed to click on the intersection nearly 10 seconds before his time was over, and the problem seemed to be clearly technical. In the end referee decided that the result should be "Mateusz lost by time". Here is the game record:

Eric_vs_Mateusz.sgf
Download Sgf-File
That was a pity for all the European Go fans.

The next one to fight for Europe was Ali Jabarin 2p (Israel). He didn't seem to play his game well, as he died early in the fight and the game looked hopeless after that:

Ali_vs_Eric.sgf
Download Sgf-File
After him, the next one was Pavol. He was doing well, but he made a silly mistake in the endgame, letting his opponent start a large ko. In the end Pavol lost by 1.5, and Eric Lui 1p (USA) was now the American hero, making the score even - 3:3.

Eric_vs_Pavol.sgf
Download Sgf-File
After Pavol it was my turn to play. There was some pressure, as Eric managed to make the score even after 3-0. Actually during the game I was convinced that the game was good for me from the start until the finish. But after the game I checked it with the AI, and it turned out that I was too optimistic: at some points it was not clear at all, and it was even sometimes the case that my opponent was ahead. In the end Eric made more mistakes than I did, and he resigned.

Artem_vs_Eric.sgf
Download Sgf-File
Next game I had to play against Ryan Li 1p (Canada). But the date was exactly the same as the date of my second wedding. So the EGF team decided to use the substitution rule: Ilya played instead of me. In the case that Ilya would lose, I would play against Ryan on 14th July. As I noticed, this situation was discussed by people, so let me explain in a couple of words. My wife is romanian, and we had the first wedding in Ukraine in September 2018. The next wedding was planned in Romania in summer 2019, to let all of the romanian relatives and friends to join the wedding.

I didn't watch Ilya's game against Ryan. Ilya won by 3.5 points, here is their game:

Ryan_vs_Ilya.sgf
Download Sgf-File
That was it. Europe won 5 - 3, with me and Ilya left alive. Let's hope we can see such a competition again, maybe the next year!

Good luck in the European Championship. I hope you will enjoy playing there.

Artem, thanks a lot for your articles, and all the best to your family!